Canada is a fun country to explore because its history and people are as different as its landscape. There aren’t many places on Earth with as many amazing natural sights as Canada. From one coast to the other, each province has its own unique things to see. Whether it’s the pristine beauty of a northern lake, the rough terrain of the Rocky Mountains, the rolling grasslands of the prairies, the famous red soil and lighthouses of the Maritimes, or the country’s rich history and architecture, Canada is awe-inspiring and full of possibilities. Here are the top 20 things to do in Canada and places to go: Banff was founded in 1883 and is now a World Heritage Site. It is known for the beauty of the Canadian Rocky Mountains, its lush, unspoiled landscapes, and its unique thermal hot springs. Banff is a true outdoor lover’s paradise, with over a thousand miles of trails to hike in the summer, clear lakes to canoe or kayak on, and great skiing in the winter. There are lots of cute shops and hotels in the downtown area. Cypress Hills Interprovincial Park is on the border between Saskatchewan and Alberta. It has a mix of grasslands, wetlands, and forests. The gently rolling hills, beautiful lakes, and wide variety of plants and animals will appeal to anyone who loves nature. Cypress is a place with a lot to offer. It is home to the historic Fort Walsh and has zip lines and real working ranches where you can ride horses. Wolf Lake, which is in the wilderness and is far away from Whitehorse, is one of Canada’s best-kept secrets. It is over mountain ranges and river valleys. Wolf Lake is a great place to fish because it is one of the few places where the rare and beautiful Arctic Grayling lives. A rare gem, there are many chances to take pictures of wildlife and nature.

4. Fernie is in British Columbia People have been exploring and admiring Fernie’s beauty for more than a century. Fernie has both a rich history and a beautiful downtown area, so it has something for both nature lovers and history buffs. Since the 1940s, Fernie has been a dream place for skiers. It is now also a popular place for snowmobilers. 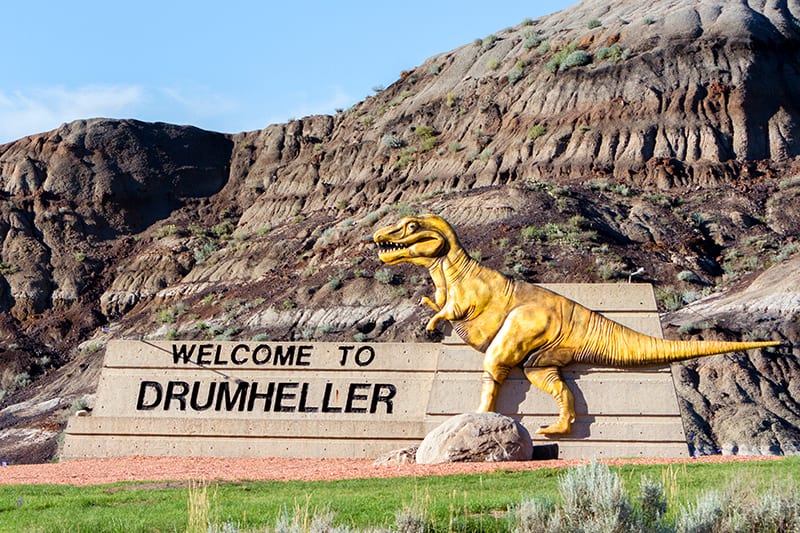 Drumheller is in the Canadian Badlands. It is known as the “dinosaur capital of the world.” In the late 1800s, a dinosaur skull was found in the rolling coulees near the Red Deer River, where people were looking for coal. Visit the National Historic Site Atlas Coal Mine or the Royal Tyrrell Museum to see a wide range of dinosaur and fossil exhibits. 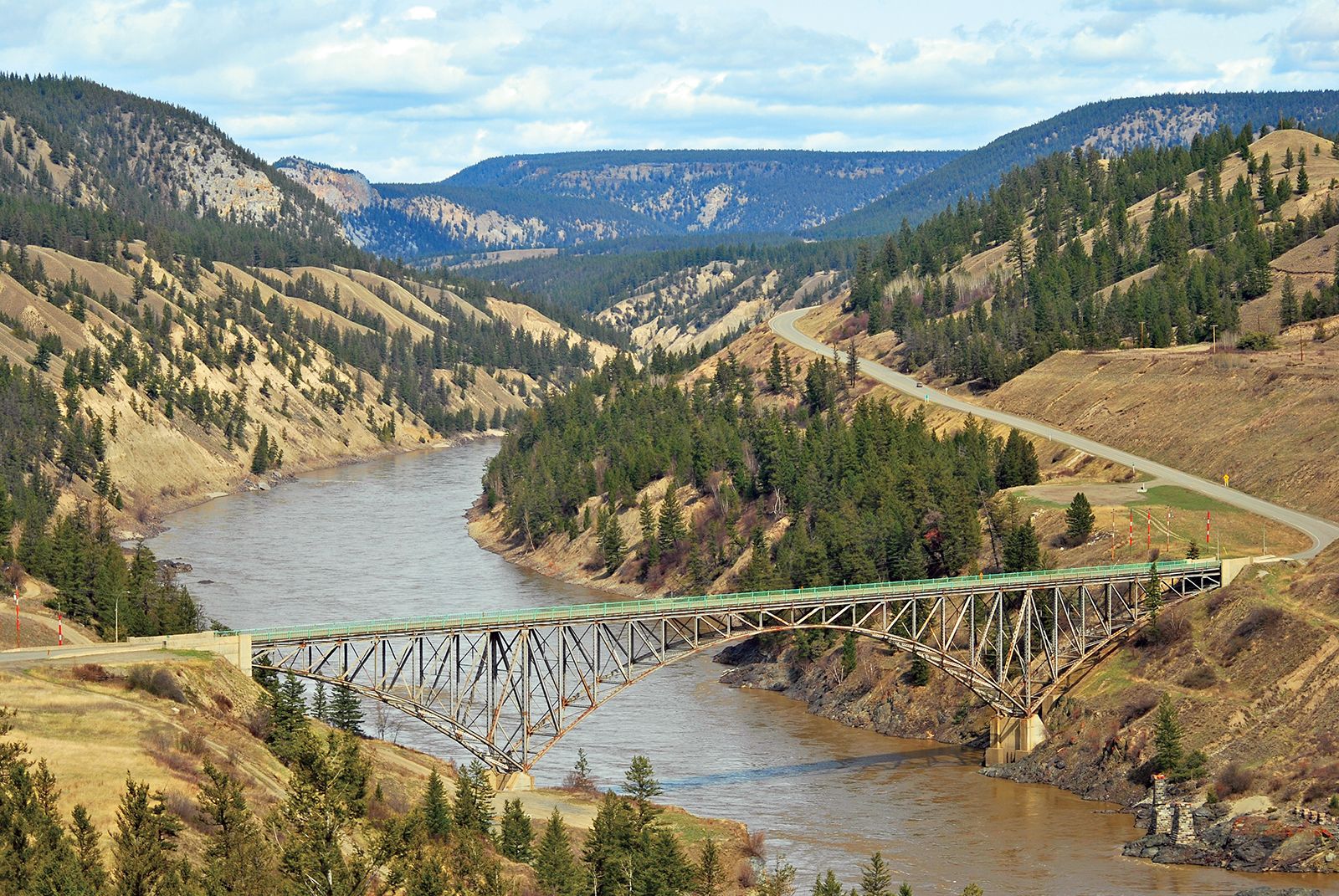 The Fraser River is the longest river in British Columbia. It runs for almost 1400 km. The River is where the world’s most salmon are caught and where the salmon migration is the largest. This has made it a center for industry to grow. The Fraser River is known all over the world for its sturgeon fishing. Don’t have enough money to go to Europe? Go back in time and visit Old Quebec. Old Quebec is the oldest city in North America and the only walled city north of Mexico. Going there is like going into another country. Some of the buildings in Old Quebec are more than 500 years old and are among the oldest and most impressive in all of Canada. Enjoy the mix of history, culture, art, and architecture. Quebec City is home to cobblestone streets, the famous Chateau Frontenac, and the world-famous winter carnival. It is a great place to visit for people of all ages. PEI has a long history that goes back thousands of years. It is known as the place where Confederation began in 1864. In the Prince Edward Island National Park, you can see the gabled house that gave Lucy Maud Montgomery the idea for her book Anne of Green Gables. Don’t miss the site of Montgomery’s home in Cavendish, which is open for tours. Enjoy a live performance of the Anne of Green Gables musical when it’s available. Niagara Falls has something for everyone, from fun for the whole family to a romantic getaway for two. No matter what time of year it is, the Niagara region has things to do for people of all ages. The Niagara region is known for its beautiful waterfalls and great places to see. It also has a lot of other things to do, like live music and theater, museums and cruises, shopping, golfing, and camping.

See also  10 Best Things to Do in Mississauga (Ontario, Canada) 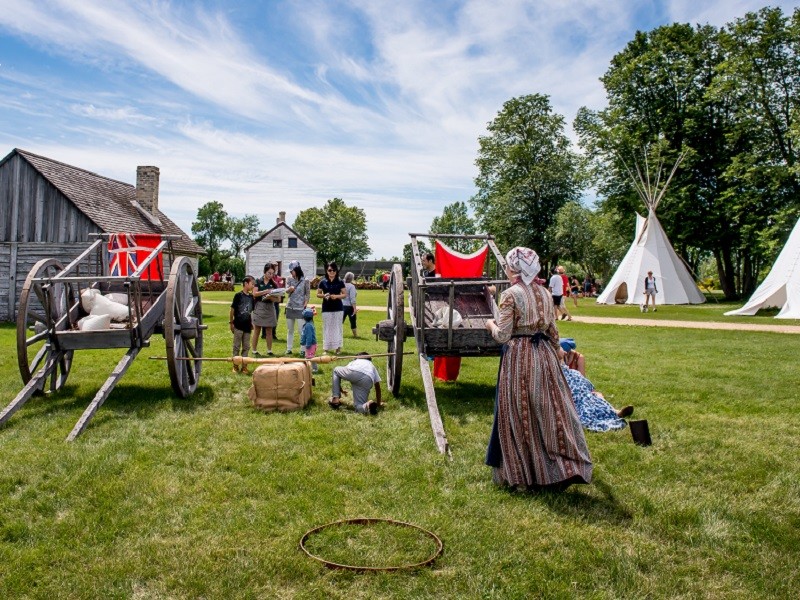 Selkirk is known as the “Catfish Capital of the World” because there are so many catfish in the Red River. It has a 25-foot fiberglass sculpture of a catfish. Selkirk is a beautiful place to go outside that is close to Lake Winnipeg and the Red River. Selkirk is also home to the Lower Fort Garry National Historic Site and the Manitoba Marine Museum, both of which are great places to learn about history. Butchart Gardens has grown from an old quarry into a well-known place to visit around the world. Over a million bedding plants bloom all year long at this site, which is in Victoria and was named a National Historic Site in 2004. There are often holiday shows and special events at the garden, and dogs are welcome.

12. The Forks in Manitoba, Canada

The Forks is Winnipeg’s most popular tourist spot. It has been used as a meeting place for more than 6,000 years. The Forks is in the middle of downtown and has unique attractions, a lot of places to eat, great shopping, and live entertainment every day of the year. 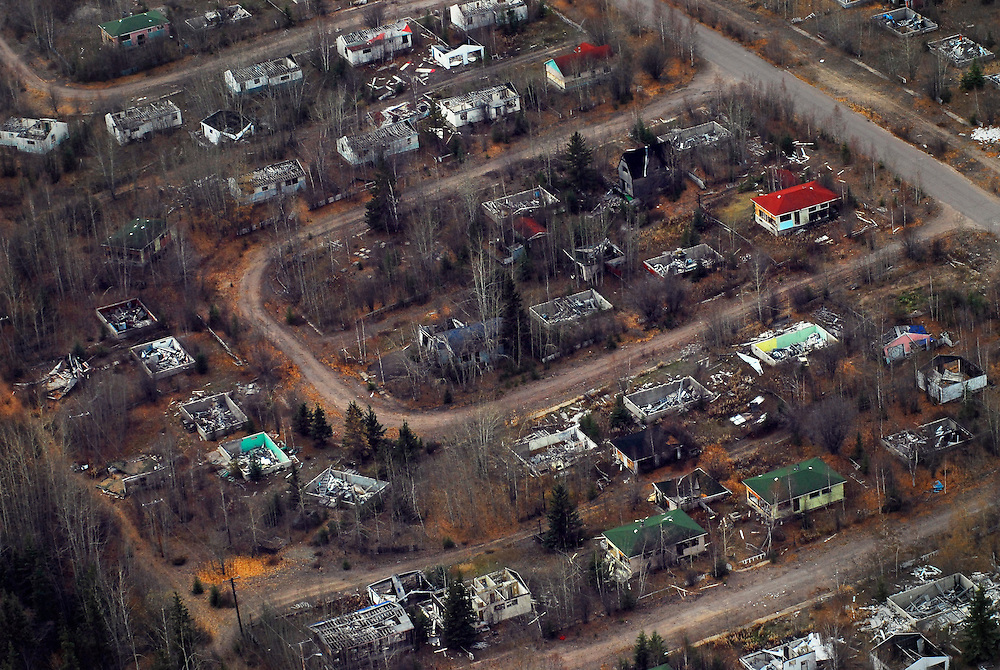 Uranium City, which used to be a thriving community and is now thought of as a ghost town, is on the northern shore of Lake Athabasca. When the Uranium mine shut down in the early 1980s, the economy crashed and people had to leave, leaving the town and its buildings empty. Uranium City is interesting for its own reasons. It has a unique history, amazing natural beauty, and amazing geography. Whistler is known around the world as one of the best four-season resorts in North America. It is a winter sports fan’s dream come true. Whistler was the alpine venue for the 2010 Olympic Winter Games in Vancouver. It is also a great place for the whole family to go on vacation. The quant alpine village has beautiful hotels, unique shops, restaurants that have won awards, and a busy nightlife. Toronto is something that you can only do once. The big city has every kind of place to visit that you can think of. Toronto has everything: museums, art galleries, music, restaurants, the arts, theater, sports, and shopping. Go to the Hockey Hall of Fame or the CN Tower. Find some cute antique and thrift stores, then go to the theater and a great dinner to end the day. For people who have never taken the subway, it’s a must-try. Notre Dame was the first cathedral to be built in North America. It is a marvel of architecture. Since 1647, the Cathedral has been in the same place. It has been burned down, rebuilt, and changed many times, often with the help of well-known artists and architects. The Cathedral is in Old Montreal. It is on the list of World Heritage Sites. The Parliament of Canada building is one of the most beautiful pieces of architecture in Canada and should be seen by everyone. The building is in Ottawa, the capital city of Canada. It has amazing architecture, sculpture, and art. During the day, you can take a tour with a guide or go on your own. Be sure to see the Parliament lit up at night. It’s a sight to behold. To get to the small town of Charlevoix, you can take a beautiful train ride or drive through the beautiful scenery of Quebec. Charlevoix is a great place for couples, singles, and families to go on vacation because there are things to do there all year long, like whale watching, cruises, fishing, hiking, dogsledding, and skiing. There are also some nice B&Bs and the beautiful Fairmont Le Manoir Richeliu hotel in the town. Dawson City is a lively town on the banks of the Yukon River. It is best known for its history of gold mining. Many of the buildings in Dawson City still look like a frontier gold town because they were built during the famous Klondike Gold Rush in the late 1800s. Enjoy the unique culture, art, and museums of Dawson as well as the pristine beauty of Canada’s North. When you go to the Batoche National Historic site, it’s like going back to the last battle of the Northwest Resistance in 1885. You can still see and touch the bullet holes in the rectory wall of the beautiful white church. The park’s rolling hills and natural beauty make it a great place for hiking, kayaking, and canoeing.

No comments to show.